The future for transgender people is bright!

Welcome to the first ever Transgender conference in Switzerland, to be held in Bern on September 7 and 8, 2013. 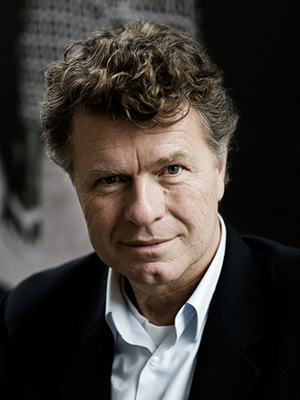 It is exciting to see that many transgender people get together in Switzerland and will discuss all kind of issues that are relevant to you.

Yes. On the International Day against Homophobia and Transphobia (May 17, 2013) the Fundamental Rights Agency (FRA) published a survey. The survey was conducted in the 27 EU member states and Croatia. The survey is the largest of its kind to date and represents the most wide-ranging and comprehensive picture available of the lived experience of LGBT people. From the 93.000 respondents 6771 identified as transgender.

In Belgium one is working on an in-depth questionnaire specifically focusing on the lived experience of transgender people. Such a survey would give us detailed information. But based on the FRA survey it is safe to say that transgender people face enormous problems of discrimination. Their human rights are not safeguarded. Whether you live in Switzerland or elsewhere in Europe.

But don’t get depressed when you read this. I am sure you have been experiencing much of the same.

There is light at the end of the tunnel!

In the last decade we see a growing number of transgender activists becoming vocal and demanding rights. In the Netherlands organizations like Transgender Network Netherlands and other groups have managed to speak up and influence the Dutch government. As mainstream human rights organization with an LGBT program Human Rights Watch tries to support initiatives of trans groups and put our weight behind the changes the local activists aspire.

A clear example is the new Dutch law on gender recognition which does away with sex reassignment surgery, hormone treatment and the requirement to become irreversibly infertile. It will be so much easier in the Netherlands to have your gender marker changed, provided that the Dutch Senate will agree with the Dutch House of Representatives.

This major improvement – although not as ideal as the Argentinean law on gender recognition- has been achieved thanks to the activism of transgender people. People like you who got together and said: we don’t want to suffer anymore. We are demanding equal rights, dignity and respect. To be reflected in laws and policies.

A conference like the one you will be attending in Bern is often the starting point of new ideas, new energy, new focus, collaboration and dedication. Remember, your voice will be heard, if it is unified, loud and clear!

The future is not in front of us, it is inside of us!